The Addition to the City of Kelowna’s Library Parkade was prompted by the intense development of Interior Health’s new 150,000 square foot downtown head office building as well as the Okanagan Centre for Innovation. Both buildings were built within a couple years creating a large parking demand on the downtown core.

The addition was conceived as a the ‘third act’ in the Library complex that included the existing library building and adjacent Parkade both complete in the early 1990’s. Architecturally, the Parkade addition re-interpreted the traditional ‘red brick’ design of the facade using a combination of red concrete block and cast in place concrete using a similar proportioning system to the base building yet breaking the massing of this very long Parkade into more attractive, smaller components. The open-air parking structure was designed with a steel support system to accommodate an art installation that was chosen in an open competition and installed at a later date. 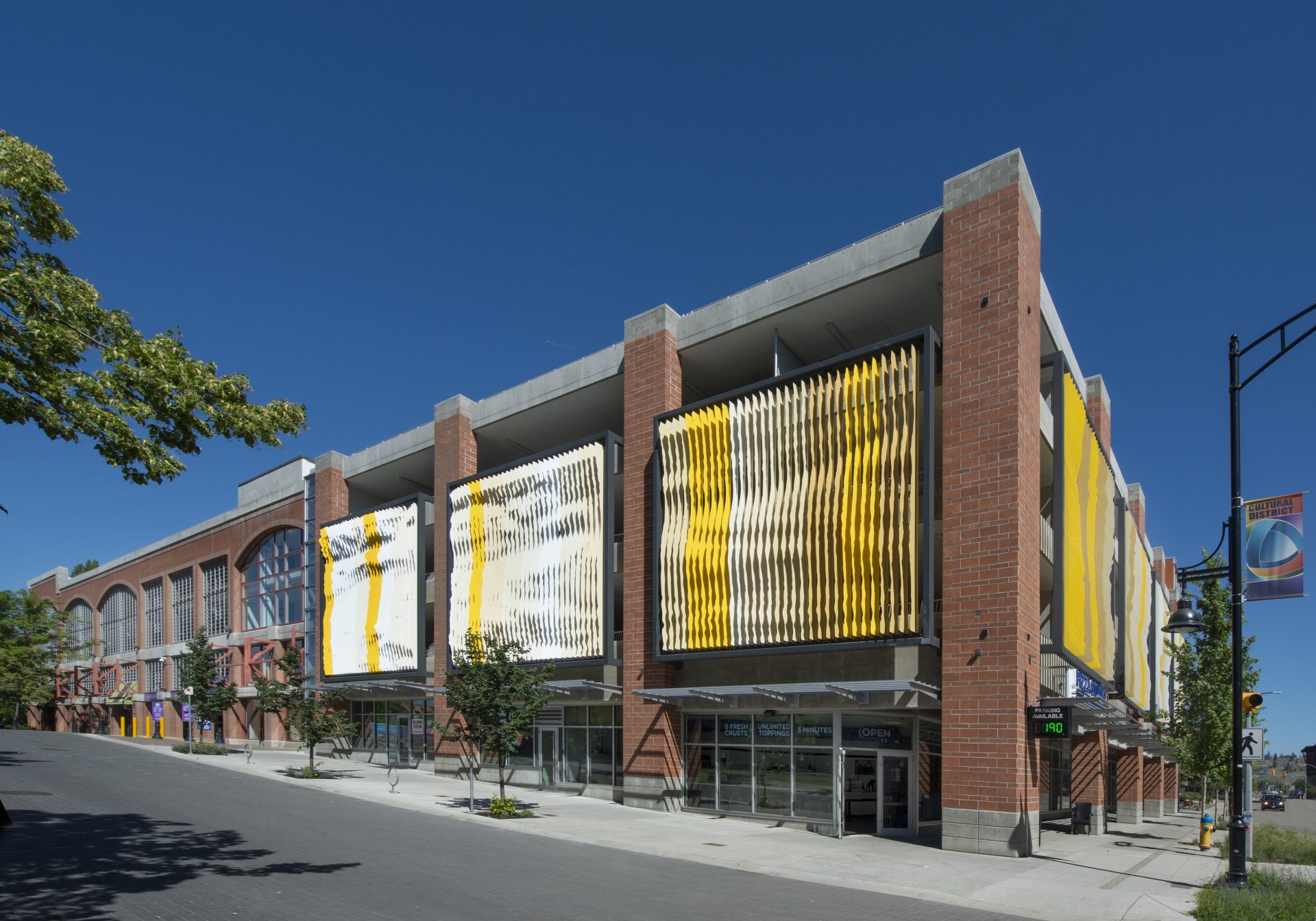 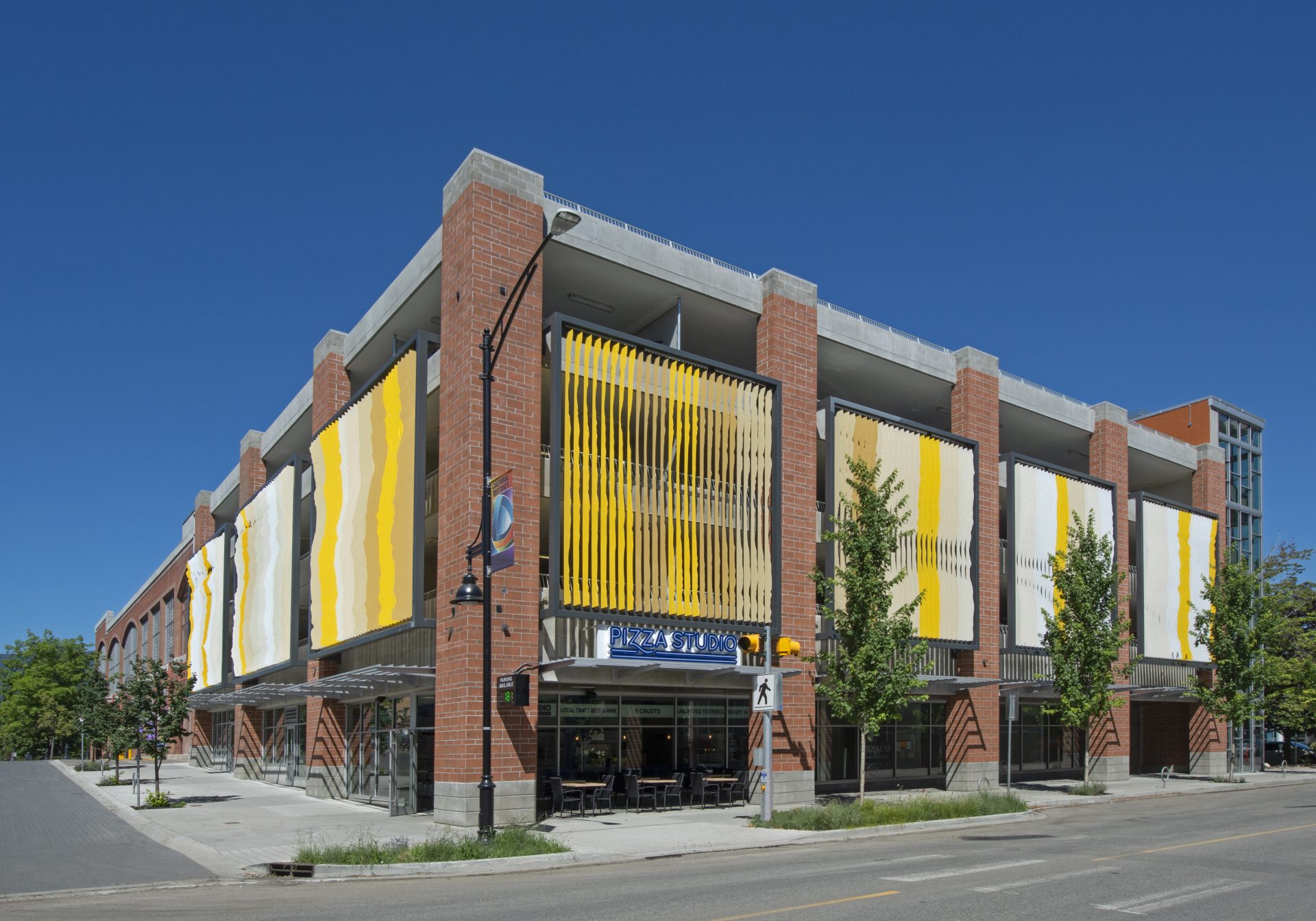 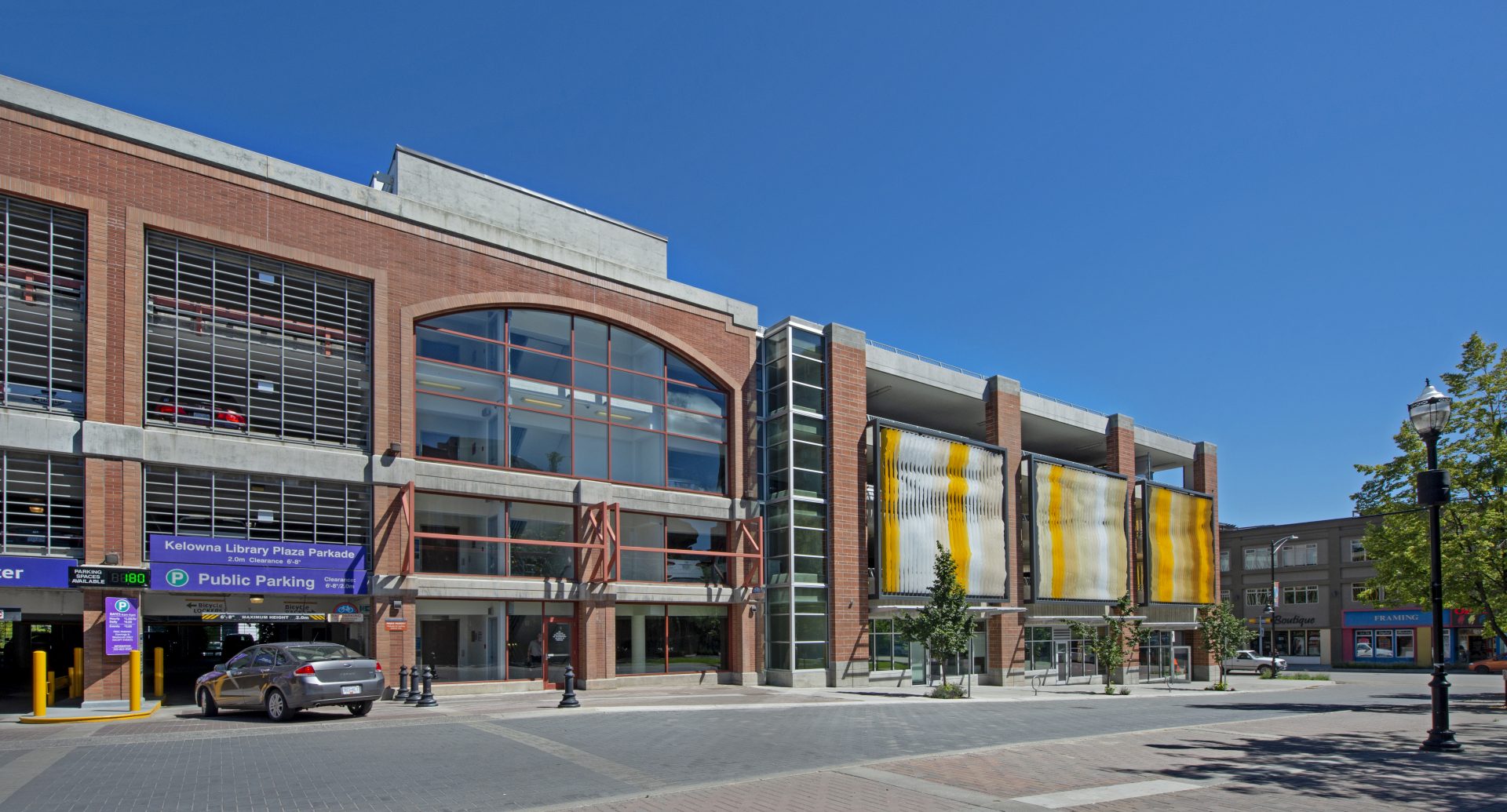